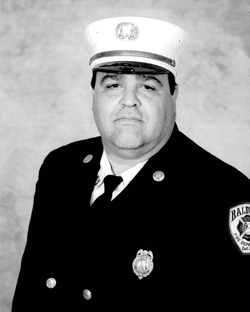 Michael P Esposito joined the Baldwin Fire Department through Truck Company One on December 13, 1989, and transferred to Hose Company One on August 11, 1999.

Before serving with Hose One, he served Truck Company One as a faithful, dedicated and respected member in the following capacities:

He was posthumously awarded the Baldwin Fire Department's highest recognition, the LEGION OF VALOR on May 22, 2011 for services rendered, above and beyond the call of duty.